It’s my first morning in Edinburgh and I have planned a big day to visit a bunch of Outlander locations. The rain has subsided and resorted itself to overcast and cool weather. The night before I meet Sharon my host at Ramsay’s B&B. I tell her all the places I’m going to hit the next day.

“Yes,” I say with my map and itinerary in hand. Oh I have plans.

Resigning herself to my ambitions, she explains how I reach the Arnold Clark to pick up my car and bids me good luck.

The following morning I thankfully grab the “take-away” breakfast she packs me and I’m on my way to Waverly Station. But wait! First, I must say….

Ode to My Wee Jamie Bag

Though you are adorable, you’re not quite practical.

You only fit so much and I have to bring another bag to clutch.

But I am an Outlander fan, not scairt to say it loud: “There’s the two of us now!”

My anticipation rises as I wait by the counter for my car. Since I made this reservation with Celtic Cars six months prior, I dreamt of a cute red car whisking me through the mountains. I’d take selfies with her and call her Red (super original I know).

Full with hope I ask the attendant, “What color is it?”

“But it’s brand new!” She tries to allay my disappointment.

It’s white I keep thinking. So much for taking selfies with Red.

In my effort to delay the inevitable, I say yes when the people at Arnold Clark very nicely offer to gas up my car. It’s now time to put the rubber to the left side of the road. No holding back!

Please note all of the following locations are within an hour’s drive from Edinburgh.

Outlander episode & setting: “Wentworth Prison”, “To Ransom a Man’s Soul” Season 1, Episode 115 & 116 – The abbey where Claire nurses Jamie back to health; the prison where she asks prisoners his location after being taken by Black Jack.

The castle has a cute coffee shop and delicious treats to nibble on! The terrace garden is beautifully constructed and includes an old “doocot” or beehive shaped pigeon house that used to keep the birds’ eggs. Back in NYC, this species of bird is what I like to call “rats with wings”.

Don’t forget to ask the gift shop attendant for an Outlander map!

Look familiar?! Take a stop by Mrs. Beale’s B&B or look up longingly at the window like Jamie did from the fountain. Instead of staring at a vase you won’t by, walk into the Fayre Earth Gift Shop and treat yoself (before you time travel)!

I stopped off at Falkland Palace for a spell since it’s a walk down the road from “Inverness”. If you are interested in Falkland’s place in Scottish history then it might be worth a visit otherwise you could skip it.

3rd stop: Culross, Fife *note that the Scots pronounce “Culross” totally differently than how it looks. Get used to hearing it. Good luck trying to imitate it.

Outlander episode & setting: “The Way Out” Season 1, Episode 103 – Culross serves as Cransemuir where Geillis Duncan lives with her husband Arthur and where the poor tanner’s boy will get his ear impaled on a pole in the village square.

Historically, it’s a medieval castle that served as both residence, prison, and eventually ammunition storage throughout the centuries. Its story doesn’t seem as dark as Fort William in Outlander and, though it did serve as a prison, it didn’t seem a terrible place to be especially if you were the Cardinal David Beaton. Imprisoned in 1543 his digs were considered pretty sweet with a fireplace and plenty of books which made it quite comfortable.

Blackness is also the “ship that never sailed” as it juts out on the edge of an estuary called the Firth of Forth. From a bird’s eye view, the castle layout resembles a ship with the “stern” and “stem” for the north and south towers and the central tower serving as the “main mast”.

When I visit, it is the latter part of the day and the wind is strong. Only two other people are there which makes the place feel more remote as I look out from the curtained wall that surrounds the castle and see the horizon on the water.

I speak with the attendant in the gift shop, a young girl with brown hair pulled back in a pony-tail. She asks if I am an Outlander fan and I give her a resounding yes! She explains that before the show, Blackness only had one attendant that took care of the grounds but since the show they’ve had to hire three more people! The castle saw a 40% increase in visitors in 2016 alone. Don’t forget to ask to see the behind-the-scenes pictures of when the crew shot there.

It’s getting to the end of my day but I stop off at nearby Bo’Ness railway station where Claire and Frank say goodbye in the opening of “The Way Out” Episode 103, Season 1. It is closed so I am only able to take a photo from the overpass.

To give some context of the day: I hit the road at about 9am this morning and returned to Edinburgh by 7pm. You could hit these spots quicker but I like to linger. Originally, Linlithgow Palace (another Outlander location) was on my list but I stayed too long at Aberdour and detoured at Falkland Palace which was not part of the original plan so by the end of the day Linlithgow was not possible. But Bo’Ness Railway Station, Blackness Castle, and Linlithgow Castle are very close to one another and completely doable to hit them all in a day!

Also, Ramsay’s B&B has been excellent and I recommend staying here. The owner Sharon is very friendly, helpful and her place is beautifully designed. They’re very popular so make sure you reserve early!

Some delicious places to eat in Edinburgh

Khushi’s – An Indian restaurant famous for their curries and is a long-standing institution in Edinburgh. It tasted fresh and I wish my stomach was big enough to eat it all. 10 Antigua St. khushis.com

The Doric – A nice pub downstairs with a great whisky and ale list and upstairs is the restaurant that offers more traditional Scottish fare in their originally built 17th century location. 15-16 Market St. (across from Waverley Station) the-doric.com

Did you miss the first few days of my trip? Check em out here. 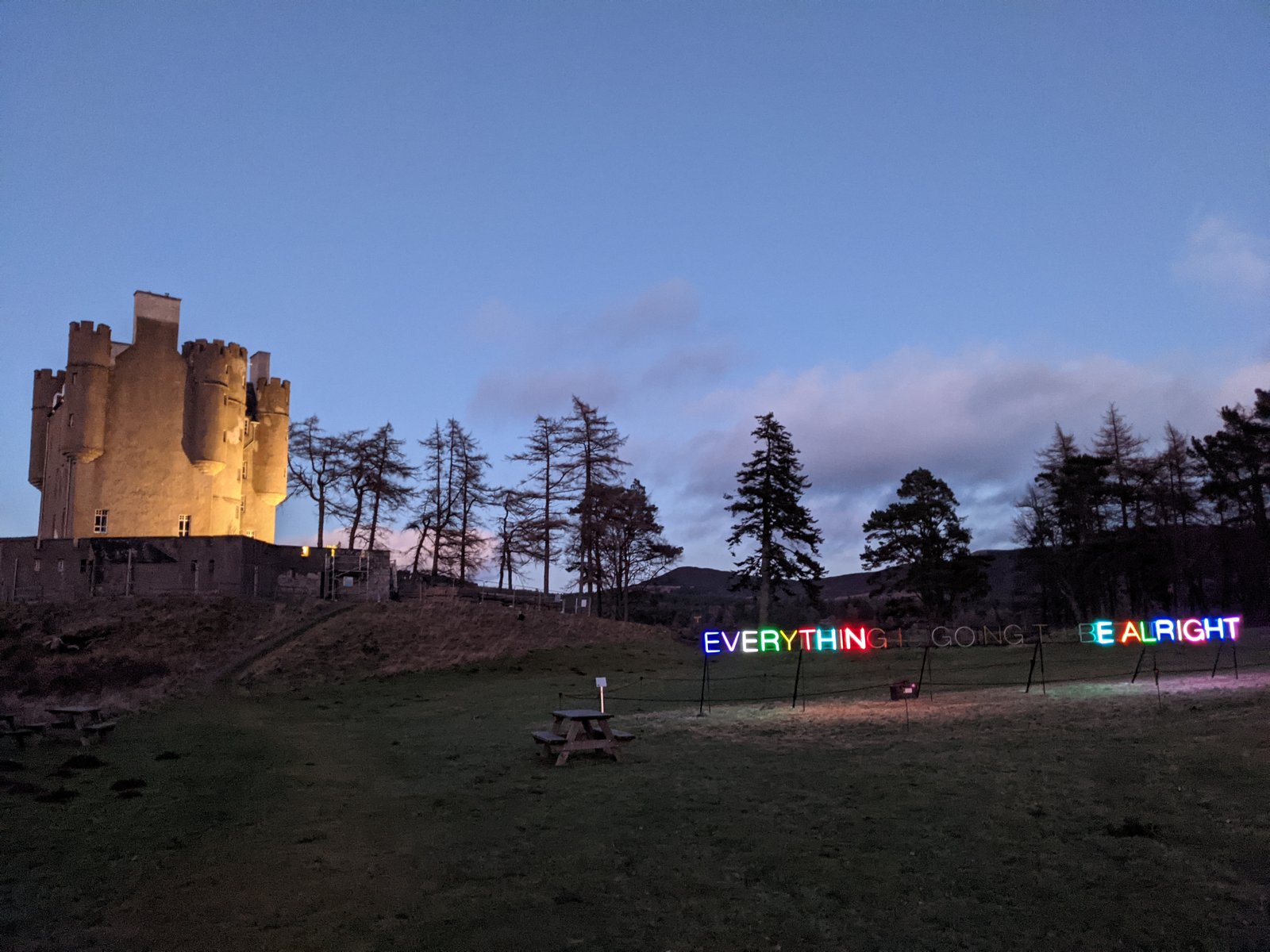 Season 6 Ep 5 “Give Me Liberty” Recap

Season 6 Ep 4 Hour of the Wolf